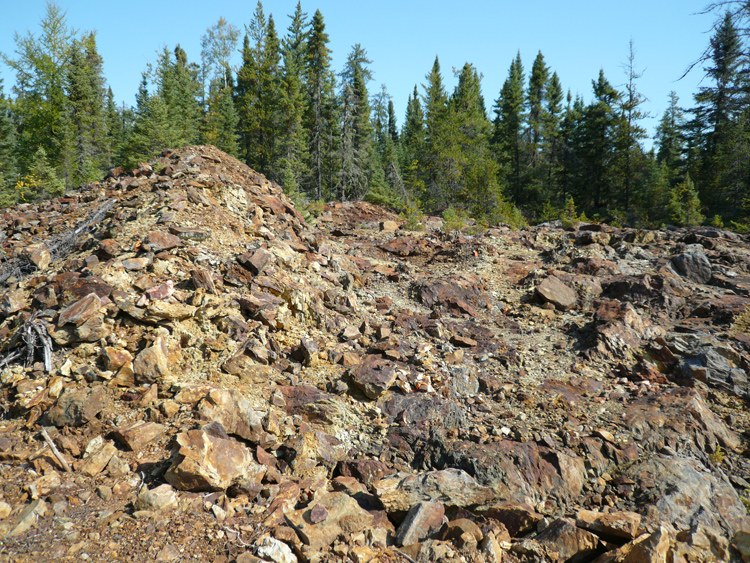 Access to the smaller northern part of the property less than 3 kilometres from the heavy duty Ogoki road, a key Ontario development access route and integral to provincial plans for the development of “The Ring of Fire” deposits to the north.

Between 1954 and 1996 exploration at Marshall Lake project was subject to difficult access. Notwithstanding the logistical issues during this period a sequence of high grade near surface copper, zinc, silver and gold discoveries were made. Those discoveries were made primarily from “Following” surface showings and then confirmed by shallow drilling.

Since 2005 the introduction of all-weather logging roads to the property has enabled the deployment of heavier equipment. In light of these significant logistical changes exploration efforts were stepped up in late 2006 resulting in a series of major near surface drill tested discoveries targeting 100m below surface. Those discoveries include Gazooma (2005/6), South Billiton (2006/7), Teck Hill (2007/8), Cherry Hill (2008) and the RM zone (2009/12). The quantity of near surface discoveries then begged the question “Is there a bigger VMS feeder plumbing system at depth?” It is now Copper Lakes intention to start to answer that question.

Based on the 2006 to 2012 discoveries in 2014 the Board of Copper Lake took a strategic decision to appoint two independent consultants to conduct an independent review the project. Caracle Creek who were responsible for the geophysical analysis and Orix Geoscience the geology, data collation and assembling the data into an integrated project wide database.

As a consequence of that process Copper Lake believes it has a working property wide geological model for the project subject to localized movement. 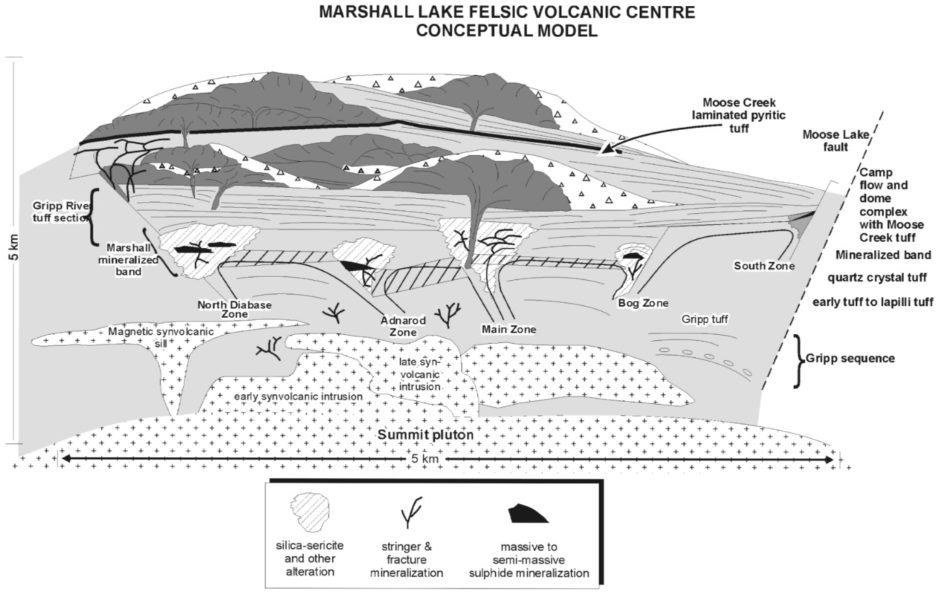 The Caracle-Orix report was based on: 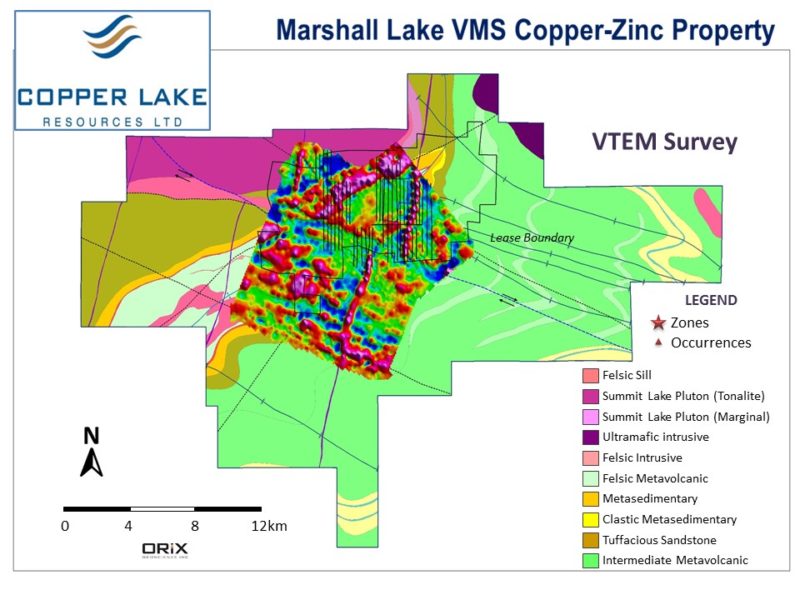 Based on the data above the Caracle-Orix report identified 7 of the highest priority targets within the historically focused on core 22.8 sq. km exploration area. 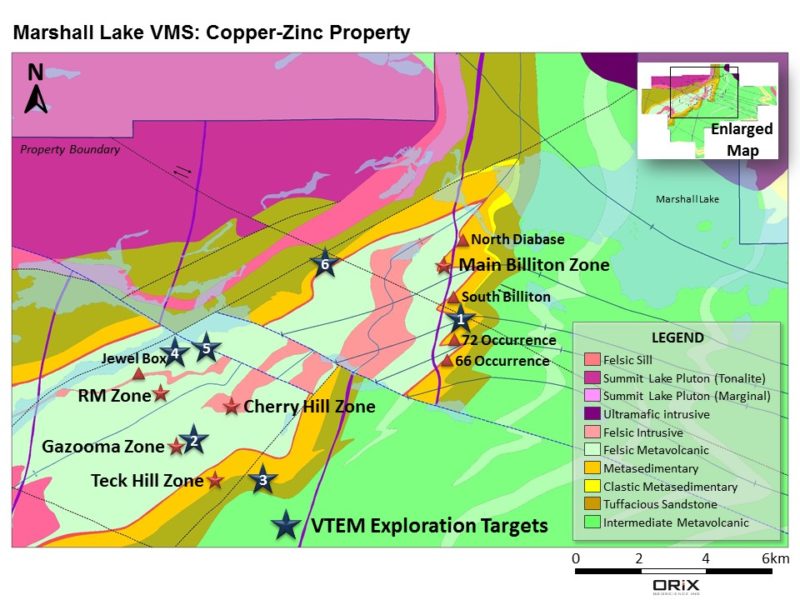 That Caracle-Orix report highlighted the significant potential of reprocessed VTEM data due to software improvements made in the last decade which deliver “Digitally Cleaner” data by filtering out “Noise.” This now enables much better geophysical visualisation permitting “Sight” down to 150-180 metres rather than the 100 metres historically.

The Caracle-Orix report identified 7 of the highest priority targets within the historically focused core 22.8 sq. km exploration area. Based on this in July 2016 the Board of Copper Lake commissioned two further geological and geophysical reports incorporating a larger 1308.0 line km of VTEM data covering 196.5 sq. km plus a further 200 plus older previously un-digitised drill holes. Based on those reports the Board is setting the priorities on how to move the project forward. 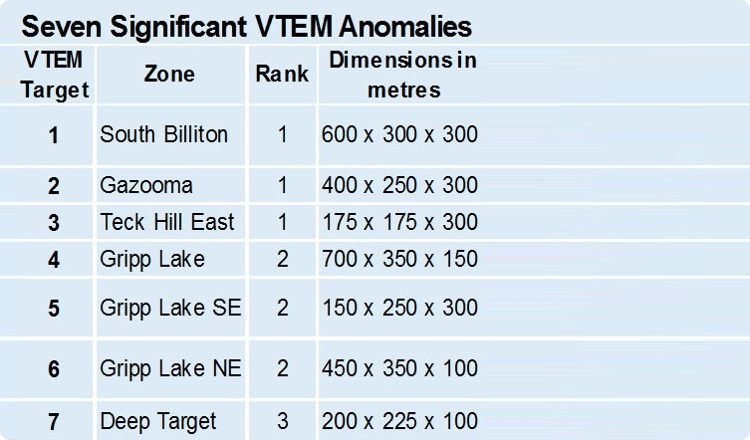 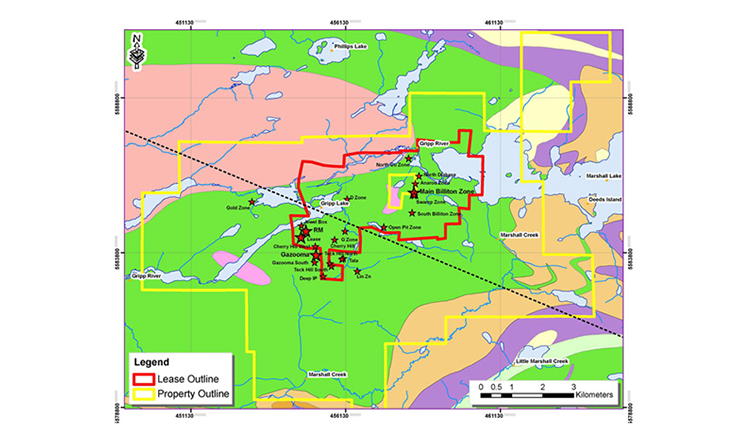